Kunsten Museum of Modern Art Aalborg is a special place. It is not just a museum, filled with more than 4000 pieces of contemporary art, but an architectural masterpiece by the world-famous Finnish architect Alvar Aalto. Skagerak has a long-standing relationship with the museum.

Modernistic principles
The modernistic museum was built between 1969-72 and spear headed by Alvar Aalto himself, his wife Elissa Aalto and the Danish architect Jacques Baruël, who worked in Aalto's studio at the time.The overall idea was to create a museum with a generous floor plan and a natural flow that was easy to navigate. The light was an equally important feature, and the main focus was to illuminate the museum by natural light in the broadest sense possible. Large windows and open lit sky windowsmake that ambition viable. Aalto and Baruël also bridged indoor and outdoor by designing large windows to display the trees and the garden surrounding the museum.

That was a new feature at the time and a modernist principle; to make art and architecture interact and connect with the surroundings creating an open and inviting gesture that makes people feel at home, whether they be art critics or ‘a normal audience’. Alvar Aalto also curved the ceiling structures to avoid that direct sunlight would destroy the art. That is also why the smaller galleries on the main level are lit from the sides, reflecting the light indirectly while at the same time creating a bright and welcoming atmosphere without ruining the art.

Whenever possible, the galleries in the museum are illuminated by natural light – mostly from above or the sides taking full advantage from the indirect light source.

The democratic approach to what modernistic architecture usually brings contrasts with the expensive materials used in the building such as marble, brass and copper. But in a sustainable rearview, the quality materials are long-lasting, and the general expression of the building is not over-accessive but discrete, providing a subtle and robust framework for the main content: The Art and the audience enjoying it. Alvar Aalto designed the interior for the buildings he created – by necessity mostly, but the designs often became so popular that they went into production. Several of them classify as design icons today like the Aalto Vase, The Paimio armchair and the Aalto stool.

Renovation and reinterpretation
In 2016 Kunsten reopened after almost two years of refurbishment. Forty years of tear and wear along with new requirements of security and space for teaching, exhibiting and administration was overdue. The restoration carefully brought Aalto and Baruëls fundamental ideas back to life. It gently modernized the existing galleries repositioning the museum in the elite of European museums with the highest, international standard security classification. Now it is possible to attract and curate works from museums worldwide just as the audience experience a far more holistic experience when visiting with improvements both inside and outside.

The renovation also included the sculpture park and a new large terrace. The vast garden makes Kunsten an extraordinary unity of inside and out. The park is fenced by a brick wall with copper tiles just as the museum and has an Amphi scene making it possible to host different cultural activities amidst sculptures and trees.

Kunsten Museum of Modern Art Aalborg is no doubt an architectural masterpiece of the Scandinavian Modernism and is a listed building. It is one of the first building under 100 years to reach this protected status. That is quite an accomplishment and an example that quality pays off in the long run.

AN ARCHITECTURAL AND NATURAL WONDER IN SWEDEN / Rörbäck Part II / 2021 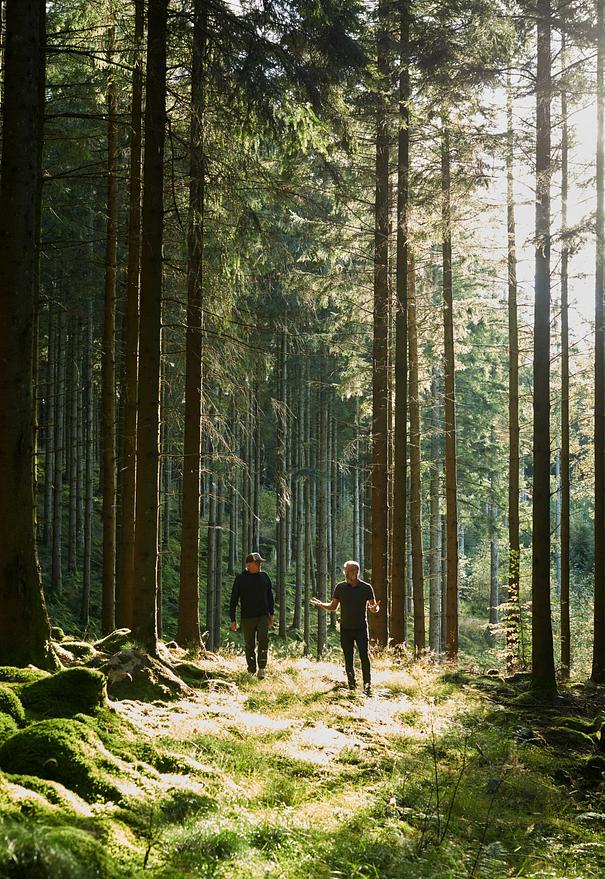 A day spent with forester Caspar Sandgren in the County of Halland in southern Sweden shows Skagerak’s owner and CEO Jesper Panduro how to turn his dream into reality.