40 YEARS OF DRACHMANN - CHAPTER ONE

This year is all about Drachmann’s 40th anniversary! Inspired by the Danish poet and painter Holger Drachmann, the design of the Drachmann bench came together back in 1982. Our very first bench. The collection represents Nordic nostalgia and has been extended over the years with benches and tables, a chair and cushions. To celebrate the anniversary, we have relaunched the classic round Drachmann Table and introduced new cushions with colourful stripes to add a new and modern expression to the classic collection.
Launched 40 years ago the Drachmann Bench evokes the rich history of Skagen by the northern light and the coastal scenery. The Scandinavian artists appeared in the fishing village at the far northern tip of Denmark during the 1870s and were drawn by the special light and rugged nature, which became the motif of their artworks.
Holger Drachmann, a painter educated at the Royal Danish Academy of Fine Arts in Copenhagen, came to Skagen as one of the first artists in 1872. After a few years of extensive travelling, he later decided to settle down with his wife, Soffi. Drachmann bought a cottage with a characteristic exterior and named it Pax. He had it remodelled as a studio and home with the help of architect Ulrik Plesner. Another key figure in the Skagen community, Plesner had a huge influence on local architecture, designing many important buildings including the Skagen museum as well as homes for other recognized Skagen artists.

To celebrate 40 years of Drachmann, we have created Anniversary Tote Bags made from leftover textiles of the Drachmann Anniversary Cushions.

Drachmanns’ house had a wild and lush garden for which Plesner designed outdoor furniture that drew on classic historical references and the then-contemporary Arts and Crafts movement. Sturdy enough to withstand the harsh winds of the north with clean lines and the classic cross, symbolizing where the Baltic and North seas meet, the design became synonymous with Skagen, used in many homes and public spaces.
The outdoor furniture became a small piece of Danish cultural history and some 80 years later Skagerak or Trip Trap, as we were previously known in Denmark, wished to re-imagine Plesner’s furniture for a new generation. To honour the history, the name refers to the owner of the very first edition, Holger Drachmann at “Villa Pax”.
The bench, chair and table have proved as enduring as their forebears, a favourite in Denmark and internationally where they are prized for their Nordic classicism and modern simplicity. Produced in teak makes them sturdy and able to age with grace to a silvery grey patina.
To celebrate 40 years of Drachmann, we are honouring the old and the new. Re-launch of the classic round Drachmann Table and the launch of two striped cushions tailormade for the bench and chair. The striped cushions in two colourways evoke contemporary Skagen and the art produced by the renowned Skagen painters who were inspired by how the bright colours and light came together.
Skagen is still a magnet for creative thinkers, attracted to its rich artistic character and casual coastal vibe.
2022 is dedicated to celebrating the Drachmann collection -  and is just the beginning…
Today, Drachmann’s House is a museum, preserved as it was when he lived there with a large collection of his drawings and paintings as well as many by other Skagen artists. Read more about the museum and its opening hours here. 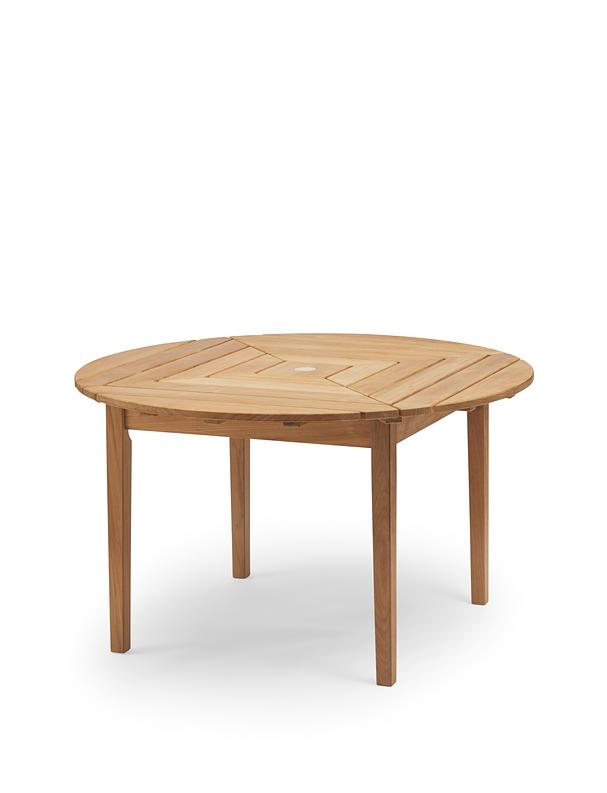