Set in a glade at the end of a winding road deep in the Halländska forest in southern Sweden, Rörbäck Forest Retreat occupies a landscape marked by time. Monolithic and architecturally austere, the retreat’s contemporary wooden structures are built on the footprint of two old farm buildings surrounded by their old stone walls. Clad in untreated pine with steeply pitched pine roofs, the new buildings read like contemporary iterations of traditional barns, imprinted on the site. Understated and unadorned yet dramatic and expressive, they are both in and of the forest.

Although the material palette is spartan, the contemporary manor house and its separate barn are almost monumental, elevated by scale, meticulous detailing and their interplay with the landscape. The main house has large boxy windows and, at one end, a cathedral-like gabled glass wall on a room called the greenhouse. The restrained interiors, pine panelled and concrete-floored, seem to be illuminated and coloured by the green of the garden and forests outside.

A former stable with a thatched roof dating back at least to the early 1800s is like the soul of the farm because it connects the old with the new.

“We wanted a simple building – honest is our lead word for the whole project – and we wanted the forest and nature to speak, so that is the main focus when you are inside,” says Anna Sandgren, who with her husband Caspar, developed the retreat on the site of a 19th-century farm and forest.

When the couple bought the old uninhabited farm and 40 hectares of mature forest ten years ago, Caspar Sandgren already knew about every incline and rocky outcrop of the land. As a child he grew up on the land his brewer grandfather bought in the 1930’s and took over almost two decades later. Since then, he’s planted every tree and cared for the young spruces until they can fend for themselves as if they were children.

Together, Anna and Caspar Sandgren created a retreat with an exceptional garden. Their aim was to give people a chance to escape and experience the forest in an aesthetically uplifting environment. A former stable with a thatched roof dating back at least to the early 1800s is the heart centre of the property, its seemingly haphazard arrangement of stacked local stones a counterpoint to the precise linearity of its contemporary neighbours. “It is like the soul of the farm because it connects the old with the new,” says Anna Sandgren. As an interior designer, she planned the layout and decorated the spaces.

The new architecture is the work of Petra Gipp and her Stockholm-based architectural studio. Gipp, who is renowned for her low-key site-sensitive wooden buildings, is a friend of the Sandgrens and designed their home in the forest nearby. For this project, the history of Rörbäck, which is named after a stream running through the property, was both important and ever-present. The retreat should be seen not as a new project but as an enhancement of the existing farm, Gipp says, with the older elements anchoring the contemporary layers and the surrounding forest a constant.

“The forest and its trees are the material of the place, the volumes appear as sculpted in wood, the interior rooms carved out and lined. The program of the building, a forest retreat, puts a contemplative emphasis on the relationship between man and nature,” says Gipp.

Scale is used as a way of creating differential spatial experiences. The layout of the main house also delineates between the open and closed uses of the spaces. Due to the soaring six-metre-high pitched ceilings, the kitchen and living rooms appear more social and are treated like open interstices between two enclosed volumes for bedrooms and bathrooms. Large windows with deep recesses give an exaggerated sense of the framing of the views. One in the kitchen is big enough for a person to stand upright in and has views in all directions, to the old stone stable as well as the length of the house. In the greenhouse, a fig tree and other plants grow inside bathed by a wall of light.

“The rooms of the open spaces echo the space we find in the deep forest, tall vertical spaces where the tree canopies make up the inner ceiling. Both the forest and the forest retreat have a kinship with sacred spaces, exposing the forest and nature as the highest source of wonder and mystique for the contemporary human being,” says Gipp. 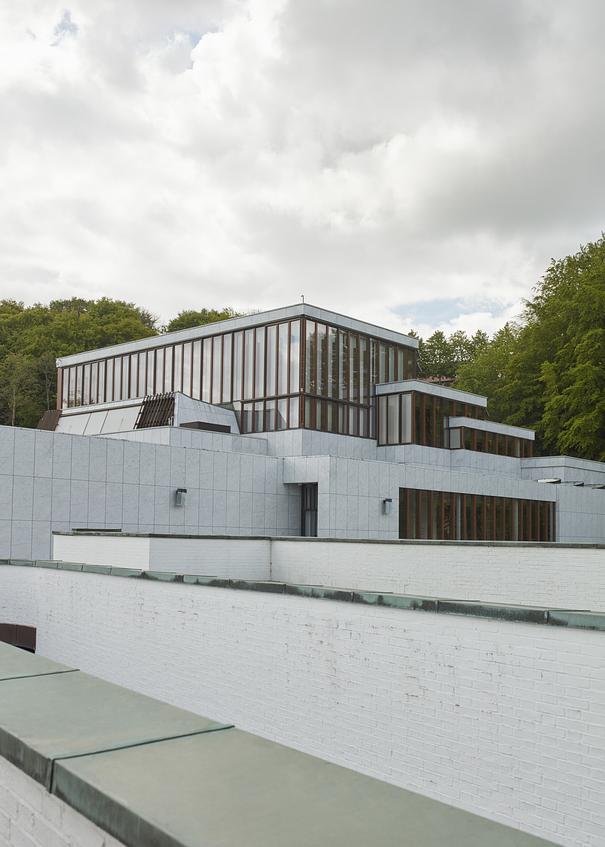 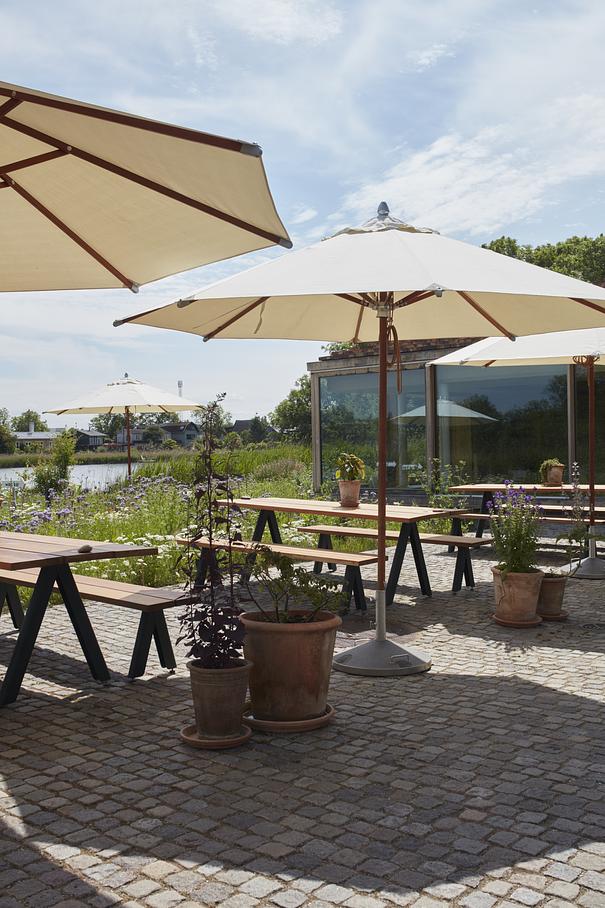